After spending more than $50 million and 14 months in construction, owners of one of North Dallas’ biggest office campuses are pulling the wraps off the redo.

The 14-acre Energy Square at North Central Expressway and University Drive has as much office space as a downtown skyscraper but spread among five buildings. The office towers were built over 50 years ago and were divided by parking lots, loading docks and driveways.

“We are 98.5% done,” said GlenStar principal Matthew Omundson. “We are finishing all the details like artwork and furniture. We put our tenants through a lot with the construction. The response we’ve gotten now that it has been delivered is very positive.”

The office towers are more than 80% percent leased with new deals in the works since redevelopment is wrapping up. Additions to the campus include a large tenant conference center, a fitness center with rooftop patios and multiple outdoor gathering spaces for workers. Fitness facilities alone total 10,000 square feet.

“We have close to 4,000 people working in this campus,” Omundson said. “We needed to do something large enough to accommodate them.”

All of the buildings have gotten new eatery additions, ranging from snack bars to full-scale restaurants.

“We have four on-site food options and we have two more to be signed up soon,” he said.

Public areas in the office buildings have large seating areas with fireplaces, big screen TVs and indoor and outdoor lounge areas. “Every building has a brand-new lobby,” Omundson said.

The campus is visually connected by Brad Oldham’s outdoor art sculptures, and extensive landscaping designed by Studio Outside.

“We have more than a mile of steel planter boxes,” Omundson said.

Architect Gensler, which relocated its regional office to the project, redesigned the buildings. Whiting-Turner was the general contractor.

The redevelopment also included a fix-up of the landmark Meadows Building, one of Dallas’ first “suburban” office towers. The other three office towers were constructed in 1974, 1981 and 1986.

JLL’s Jeff Eckert, Blake Shipley and Haley Hullett are leading the leasing efforts for the property.

GlenStar and USAA Real Estate paid about $150 million in 2015 for the three towers. The historic Meadows Buildings was purchased later from a West Coast owner. The property is USAA Real Estate’s largest holding in North Texas.

“When we acquired this project, I said USAA Real Estate could not be more pleased to be part of this exciting renaissance of Energy Square and the Meadows Building,” Len O’Donnell, president and CEO, said in a statement. “And today, I am extremely pleased that our partnership has delivered on that renaissance. There isn’t anything like it along Central Expressway.”

GlenStar plans to celebrate the project completion with a series of entertainment gatherings.

“Those are the type of events that now that we have the space we will be providing,” Omundson said. “It’s what the employers and workforces are looking for today.” 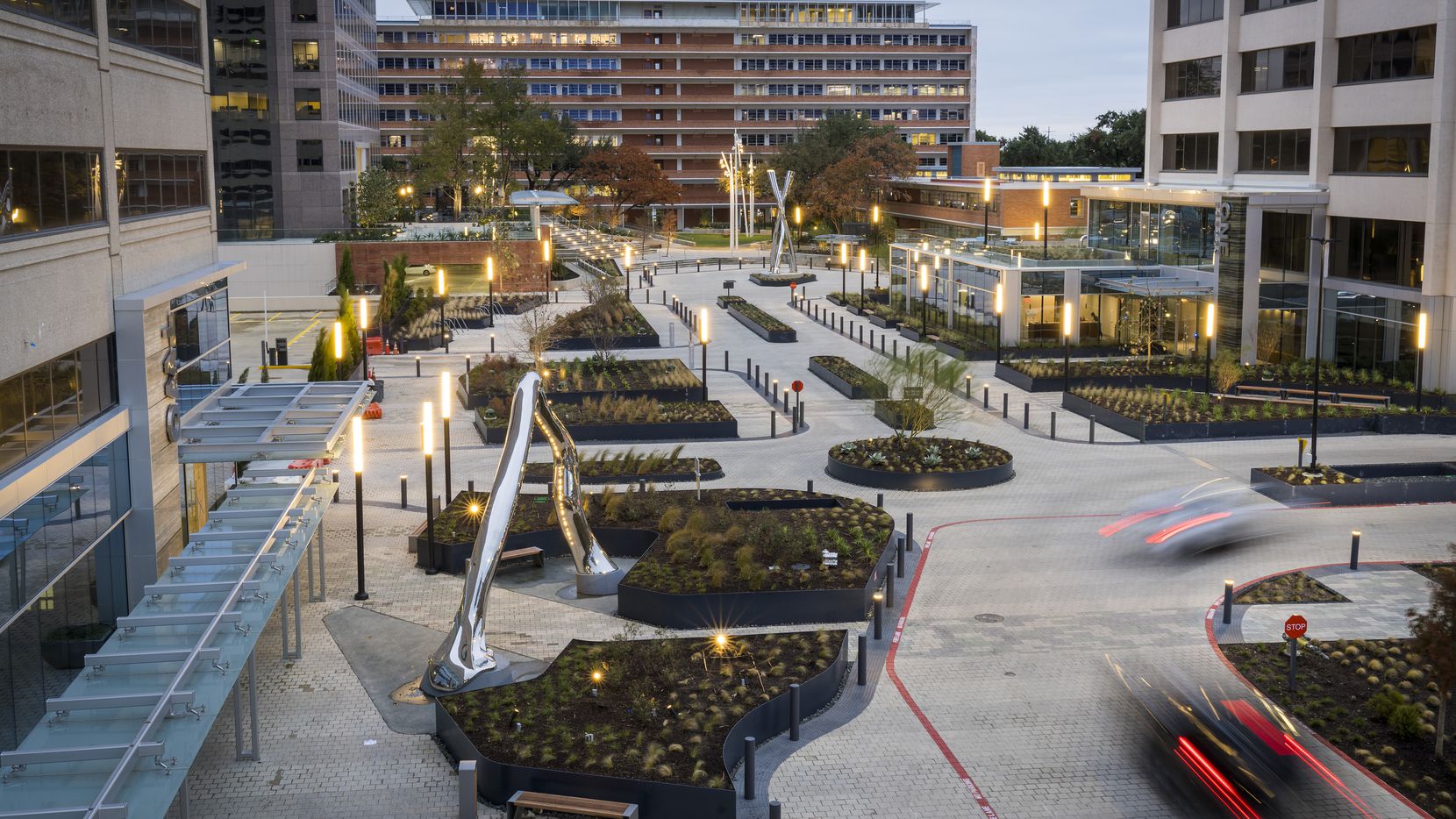