Recent demand momentum is spurring more landlords to plow capital into well-located suburban office buildings, some proving there’s money to be made if updates are done right.

If you ask Steve Wright how to revive an outdated suburban office building to cater to millennials, the answer starts with plants.

At the former OfficeMax headquarters in Naperville, his architecture firm and developer Franklin Partners cut away portions of large trees, put in new smaller ones and strategically replanted some flower beds as part of a multimillion-dollar redevelopment to make the 350,000-square-foot property more appealing to a variety of companies.

“It gives a little better scale to the entrance not to have it be shrouded in landscaping,” says the principal of Chicago-based Wright Heerema Architects. “And we updated the plant material for today’s tastes. There’s no petunias anymore.”

Horticulture isn’t necessarily Wright’s specialty, but knowing what will help convince a company in 2020 to lease an office in the suburbs is. The firm has worked with landlords to redesign more than two dozen suburban office properties over the past three years, projects totaling an estimated $80 million in capital improvements ranging from six-figure face-lifts to a $30 million overhaul.

It’s one of several design and consulting firms helping landlords redraw properties in the suburban office market as it recovers from a decade of high-profile companies uprooting for downtown in pursuit of young talent.

After the suburbs lost 2.5 million square feet of office tenants in 2017 and 2018 combined, companies reversed that trend last year by adding back more than 1 million square feet of net new leasing, the most for any year since 2015, according to data from brokerage Jones Lang LaSalle.ADVERTISINGinRead invented by Teads

MONEY TO BE MADE

Many pockets of the suburbs are still grappling with high vacancy and landlords having a hard time justifying big renovations out of fear they won’t recoup their investments through higher rents. But the recent demand momentum is spurring more landlords to plow capital into well-located suburban office buildings, some proving there’s money to be made if updates are done right. And they’re relying on firms like Wright Heerema to show them how the next generation of suburban workspace should look.

“We’re creating a sense of community, so that people don’t feel left out being in the suburbs,” says Wright, who has spent four decades designing offices in the Chicago suburbs. Today it is taking on revamps of buildings it helped design when they were new a generation ago, when many corporate giants were operating out of large, single-tenant buildings meant to be more “stately” than welcoming, he says.

That means taking cues from urban trends: natural wood and neutral color tones are in and marble isn’t, for example. But making a sprawling suburban office campus appealing to a company chasing a generation of employees that highly value the experience of their workday requires far more than making a 30-year-old tenant lounge look like something out of the West Loop.

For one, grand front desks typically found just inside the entrance of office properties built in the 1980s and 1990s no longer work. Those are being hidden and replaced by amenities that generate the most activity, like coffee bars, fitness centers and conferencing space. “It’s not unlike walking into a hotel,” says principal Roger Heerema. “There’s a feeling of life that is immediately apparent.”

Strategic use of light fixtures and canopies over entrances make a difference, he says, as does making sure tenants are actually noticing them. At the Westwood, a half-empty, two-building office complex being renovated in west suburban Lisle, the tenant lounge is located near a main visitor entrance. So Wright Heerema designed new lounges for both buildings near second entrances where most employees come and go.

The lobby of Presidents Plaza before, inset, and after its renovation.

At Presidents Plaza near O’Hare International Airport, a reclaimed-wood-clad coffee bar that becomes a regular bar by 4 p.m. each day is now a lobby focal point, and a jumble of planters and trees in its main atrium have been replaced by a minimalist collection of lounge seating, part of a $20 million renovation by Chicago-based developer GlenStar.

The payoff: Tenants have recently leased space at Presidents Plaza for $24 per square foot before taxes and operating expenses, or about 25 percent more than those that signed two years ago, according to the property’s owners.

In the suburbs’ corporate heyday, office buildings “were machines for working—you packed people into them,” says OKW Architects Chairman and CEO Jon Talty. “That attitude has changed profoundly. The lifeless machines need to have meaning to them to be relevant.”

Talty says the trick is to try to use materials and designs that are equal parts “timeless” in style, appealing to today’s tenants and also cost-effective enough that they could be totally redone again in 10 years.

The new Denver-based owner of the former Sara Lee headquarters in Downers Grove recently hired OKW to design another round of upgrades even though the previous landlord spent $7.4 million over the past several years on updates that helped refill the 13-story building with new tenants.

“It’s fashion, to a certain degree,” says Talty, whose firm helped redesign the former Nokia Siemens campus in Arlington Heights for financial services firm HSBC. “The three-button suit is out and we’ve got to move to the next thing.”

Some revamped suburban office buildings are still hunting for tenants. The former OfficeMax home—rebranded as the Shuman—has leased or is finalizing deals with half a dozen companies for about 25 percent of the building. They’re betting demand will grow as more millennials move to the suburbs and downtown rents keep rising.

But many outmoded office properties will be better off repurposed rather than revived with new amenities, Talty says. Especially as companies lay out offices more efficiently to squeeze more people into smaller spaces than they did 10 or 20 years ago.

“They’re not all going to be repositioned,” he says. “The better ones will be, and the weaker ones are going to have to become something else.” 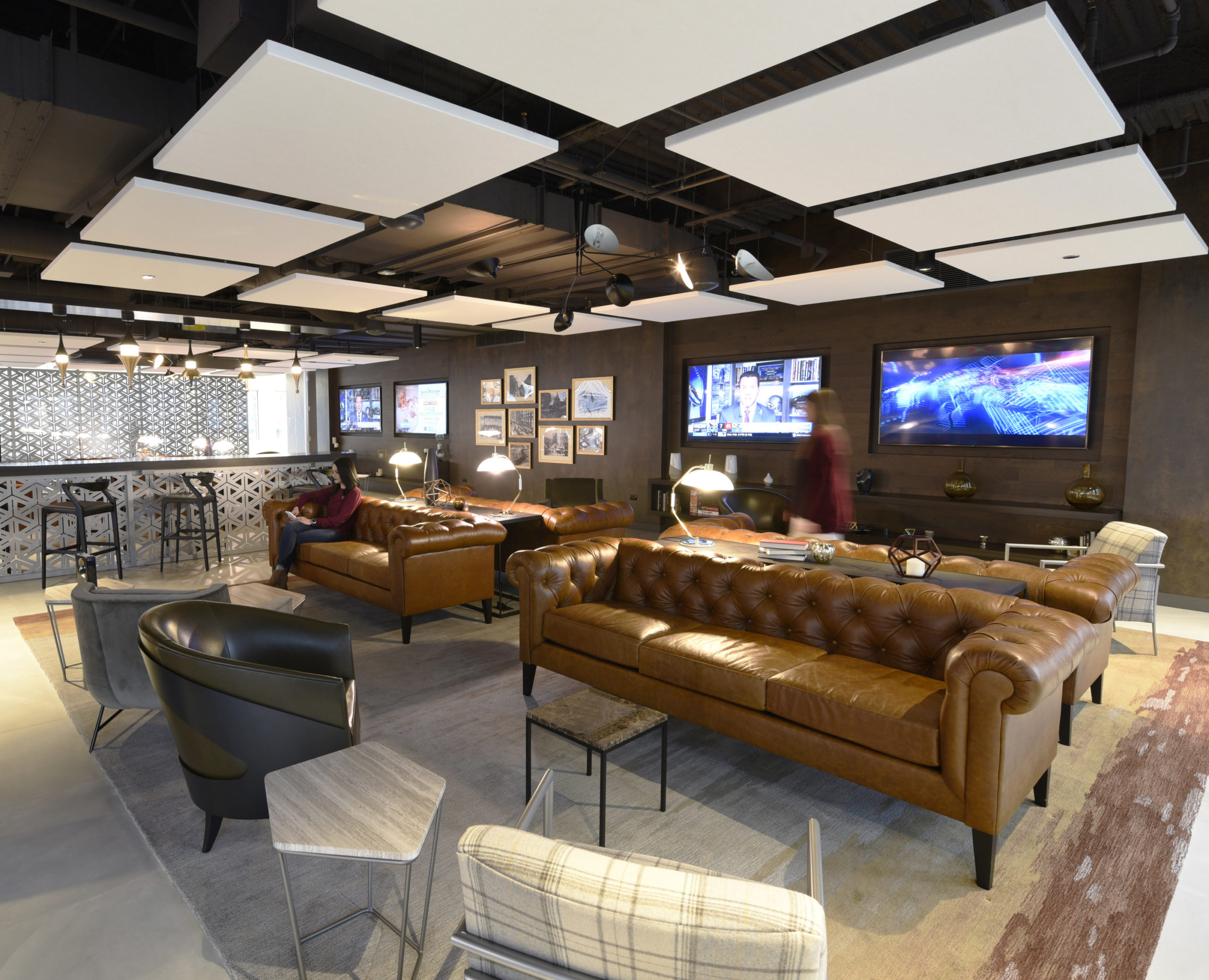