Trustees cleared the way for a huge athletic and recreational facility at the site of a vacant office complex at Half Day Road and I-94.

LINCOLNSHIRE, IL — Lincolnshire village trustees Monday advanced a plan to tear down a largely vacant office park and replace it with a huge indoor sports facility and other ventures as part of a new mixed-use development. The board rezoned 40 acres on the northwest corner of Half Day Road and I-94 from an office to business district and issue a special use permit for development set to be anchored by the massive “sports and wellness complex.”

The Lincolnshire Village Board Monday gave its preliminary approval for plans to turn the site into a 450,000-square-foot recreation and fitness complex called The St. James, as well as a hotel, a restaurant and “a public or private recreation facility to be identified in the future,” according to a memo from village staff. The developer said the other tenants would not commit until the site was re-zoned.

The St. James Director of Development Michael Kerin said the Lincolnshire site is particularly attractive for the recreation company’s second facility. Its first location is in the D.C. suburbs. A 50,000-square-foot athletic, health and retail complex has a grand opening planned for next month in Springfield, Virginia.
The proposed two-story Lincolnshire multi-sport facility would include to have the only FIFA regulation-sized turf soccer field in the region, two NHL regulation-sized ice rinks, an Olympic-sized pool, a water park, four basketball courts, a fitness center, a gym, gymnastic center, spa, health club, an “active entertainment center” – a mix of climbing structures, trampolines and zip lines with party and gaming areas – among other things. 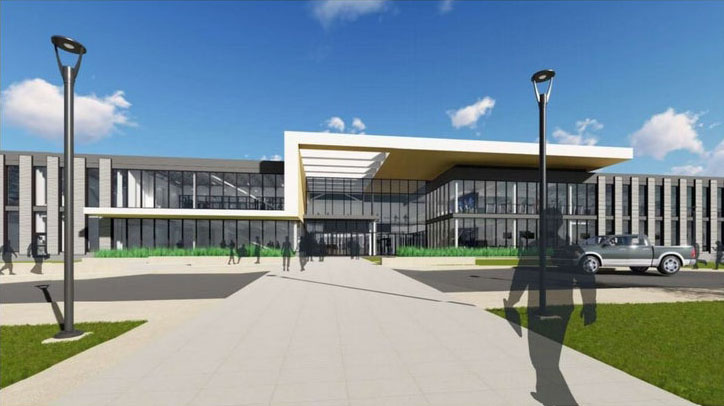