Leasing activity in Chicago’s suburbs slowed down in the first quarter of 2019. However, pockets of the market, including O’Hare and Oak Brook, remain tight, leading to asking rents in these areas to reach an all-time high.

According to a Q1 suburban office performance synopsis by Colliers International Chicago, the average asking gross direct rent was $21.39 per square foot across the entirety of the suburban Chicago office market. This is up from $21.32 per square foot last quarter and well above the $20.99 per square foot that landlords were asking for in the first quarter of 2018.

Mid-sized tenants continue to offer the most relocation potential. There are currently more than 100 tenants who need space ranging from 10,000 to 50,000 square feet that are actively on the hunt for offices throughout the suburban market. The bulk of these, 40 percent, have shown interest in the Northwest market.

Older and poorly located suburban office properties continue to be purchased for adaptive reuse or demolition. As an example, Somerset Development and Triangle Capital Group recently acquired the former AT&T corporate campus in Hoffman Estates, Illinois. They will develop the 150-acre property into Chicagoland’s first “Metroburb”—a self-contained urban core in suburbia, porting over the Bell Works concept that Somerset developed in Holmdel, New Jersey. Colliers will serve as exclusive broker for the project.

Other suburban office renovations include the Motorola headquarters in Schaumburg, the Aon headquarters in Glenview and the Nokia property in Naperville. McDonald’s is seeking a buyer for its former home base in Oak Brook. GlenStar recently renovated the 1-million-square-foot Schaumburg Corporate Center. with a state-of-the-art conference center, club room, new parking deck and fully updated atrium while Franklin Partners is redeveloping the former OfficeMax headqurters in Naperville, rebranded as The Shuman, aiming to create a suburban destination for multiple office tenants with downtown-like amenities.

After adding positive absorption in the fourth quarter of 2018, the suburban office market fluctuated to start the year with 448,890 square feet of negative absorption. Overall vacancy in the suburbs rose 40 basis points to 20.5 percent, exactly where it was two years ago during the same time frame.

Class A vacancy also increased 40 basis points, rising to 20.7 percent. The Lisle/Naperville area had the highest Class A vacancy last quarter at 25.9 percent while the situation was a little tighter at 12.5 percent for O’Hare Class A office vacancy.

The Colliers Chicago report forecasts that “trophy” Class A vacancies will decline throughout the year, based on recent activity in the market. As millennials start moving to the suburbs, however, the migration of companies into the CBD may begin to slow, if not turn around altogether. Owners and developers completing renovations of dated Class A/B properties into modern workplaces are banking on a renewed interest in the suburban office market. 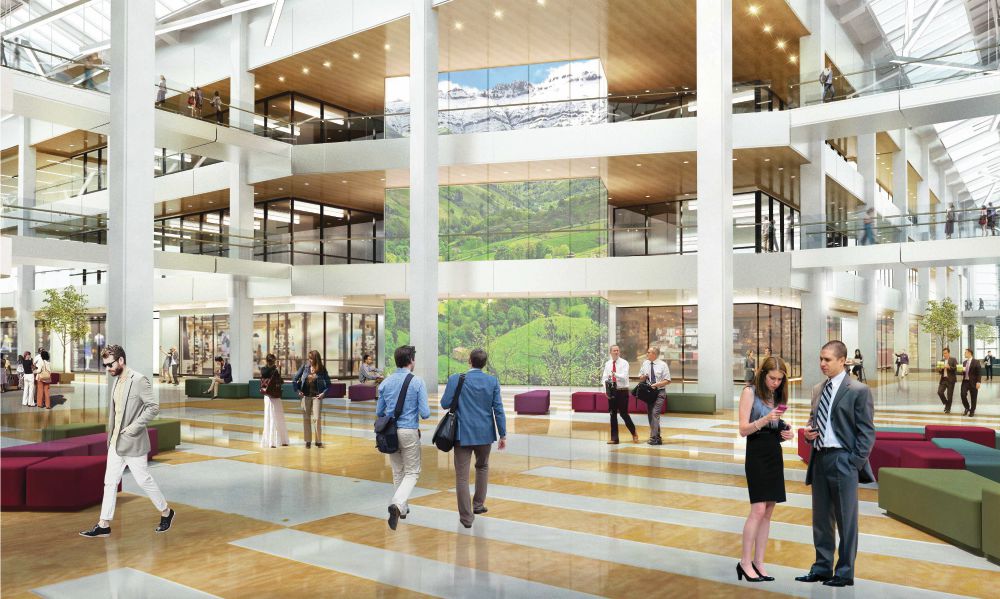