One of North Texas’ busiest architects is moving its local offices into a landmark Dallas building.

Award-winning design firm Gensler plans to relocate its regional office into the historic Meadows Building on North Central Expressway. The 63-year-old blue tile tower is one of the city’s most recognizable landmarks and was one of Dallas’ first suburban office buildings.

Gensler is taking 45,000 square feet of offices in the two-story wing of the project that fronts on Greenville Avenue.

The Meadows Building and the adjoining three-building Energy Square office complex are all undergoing a more than $50 million renovation by owners GlenStar Properties and USAA Real Estate Company.

Gensler is the architect for the project renovation.

“Now we get to experience the campus, not just as a design partner, but as a tenant as well,” Cindy Simpson, co-managing director of Gensler’s Dallas office, said in a prepared statement. “As architects, the ability to breathe new life into a building is very meaningful to us.

“With The Meadows being such a significant part of the history of Dallas, we’re excited to be a part of the next chapter of its story.”

Gensler’s Dallas office of more than 20 years has been in the Lincoln Centre complex at the southeast corner of LBJ Freeway and the Dallas North Tollway. The operation has doubled in size in the past two years.

The firm will move its 233 employees to the Meadows Building after the renovation is complete.

Dallas-based historic preservation architect Architexas is working on the exterior renovation of the Meadows Building, built by legendary Dallas oilman Algur Meadows in 1955.

The tower and the connected office wing, where Gensler will locate, are constructed of pink marble, red brick and blue terra cotta tile. The building is next door to DART’s Lovers Lane commuter rail station.

Gensler’s renovation plans for the two-story wing include restoration of the original rooftop graphics.

GlenStar and its partner USAA Real Estate have owned the Meadows Building since 2015.

The real estate investors have started renovation of the 14-acre Energy Square high-rise complex next door, which will include the work on the Meadows Building.

The three Energy Square towers and the Meadows Building will be connected all on one level with a new park, pedestrian areas and a boulevard running through the middle of the development. 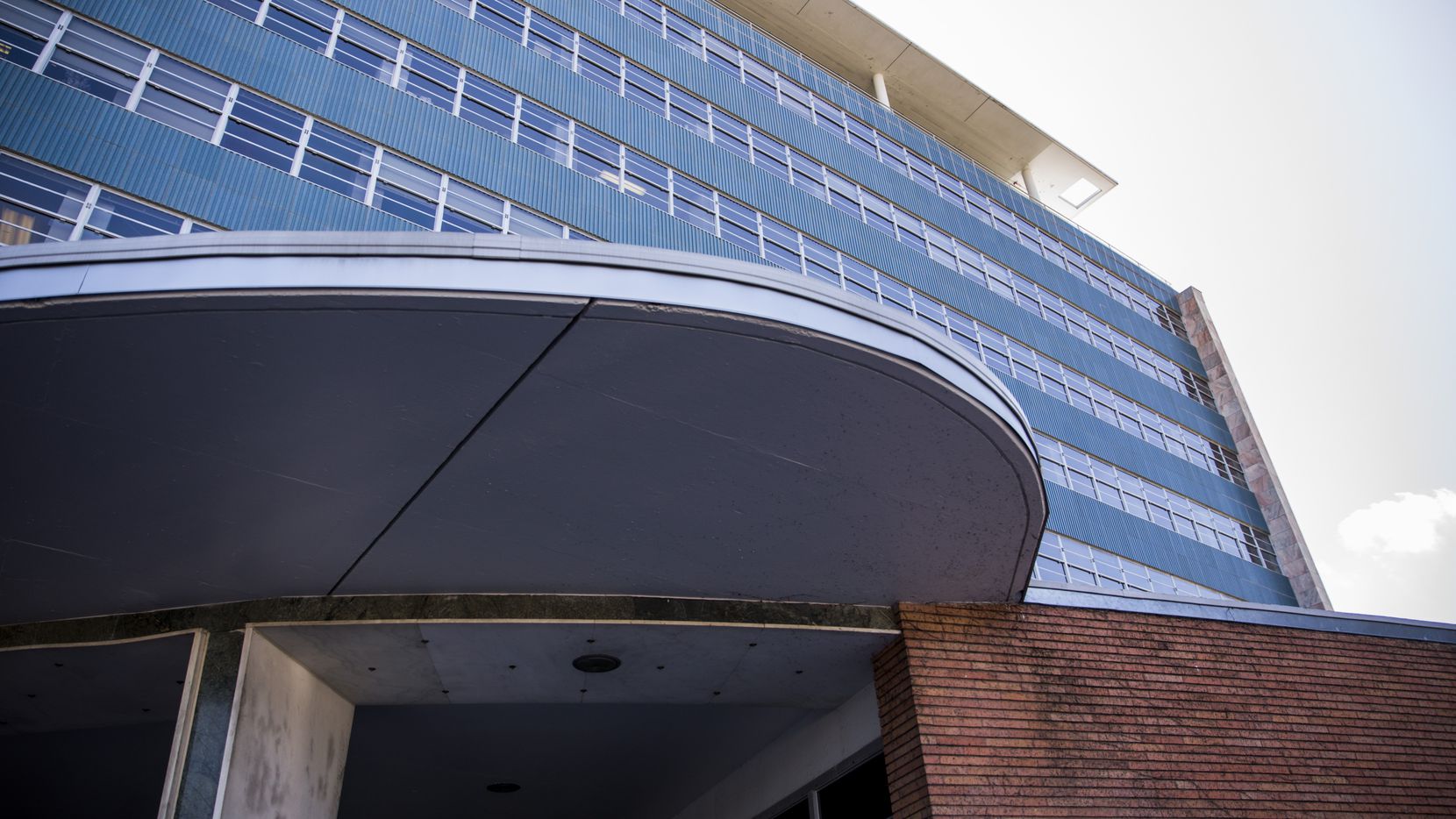