Beyond the empty, obsolete office campuses, several areas of the suburbs are quite healthy.

CHICAGO—Chicago’s suburban office market has struggled ever since the start of the recession. While the CBD came roaring back to life, the suburbs have continued to see businesses pull up stakes and head for new offices downtown. Furthermore, the remaining tenants have continued to “right-size” their office space, putting another drag on leasing activity.

However, beyond the empty, obsolete office campuses, several areas of the suburbs are quite healthy. Many tenants remain committed to suburban locations, and that in turn has led investors to buy up some properties in the region. Therefore, instead of using overall market data to evaluate the suburban market, or even looking at data from the submarket level, it’s now more helpful to separately analyze the portions of various submarkets. And the outlook in some is quite hopeful.

“There is very strong leasing activity near the core,” Andrew J. Davidson, managing director of corporate services, MBRE, tells GlobeSt.com. That includes the towns of Oak Brook, Downers Grove, Schaumburg, Lisle, and the buildings throughout the O’Hare submarket. “They have leased up well because they have a decent amenity base.”

MBRE’s new Market Beat report examines this suburban divide. It finds a locational mismatch between supply and demand. At the same time some towns have seen robust activity, ”there are concentrations of large blocks of available space in areas that have not seen much new leasing activity in recent years.”

“What is not doing well are these big battleship campuses,” Davidson says, especially on properties in outlying areas. He points to AT&T’s former campus and large portions of Sears’ headquarters, both in Hoffman Estates, as examples. “I don’t know what somebody is going to do with a property like AT&T.” Hoffman Estates has six large blocks of available space with a combined total of over two million square feet, but only one new lease of more than 20,000 square feet has been signed in the area since 2016.

But portions of Schaumburg have a robust office market. “All other things being equal, near Woodfield Mall is where Schaumburg tenants want to be,” Davidson says. Its retail, restaurants, and other amenities brings life to the area, just the thing companies moving to downtown Chicago are seeking. The area struggling with high vacancy is located about one mile further out.

First Midwest Bank, he points out, recently consolidated many of its operations spread throughout the suburbs into the O’Hare area. Such a move allows its suburban workers to carry on with very little disruption, but others, especially younger workers, who live in the city can also reach their offices quickly by taking the CTA’s Blue Line.

“Being closer to a strong amenity base is going to continue to be very important,” Davidson says. Many baby boomers are going to retire over the next decade, and every business will have to recruit and retain a millennial workforce, and their desire for both amenities and homes near the urban core is well-known. “It’s simple demographics.” 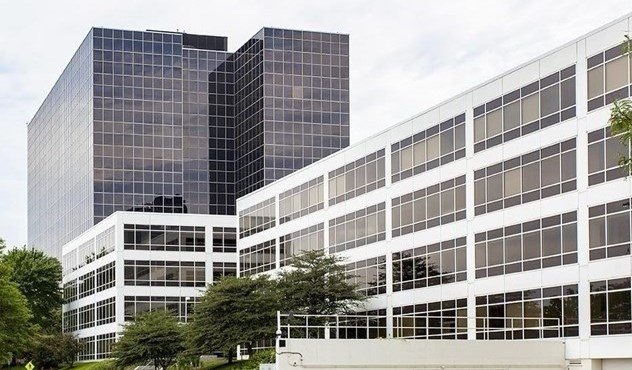