CHICAGO, IL (October 19, 2015) – The Chicago Board of Trade Building’s clock will once again light up LaSalle Street according to building ownership.

“As part of our ongoing efforts to showcase this magnificent Art Deco property and highlight its historical features, we have restored the clock so it is fully operational” said Michael Giese, vice president and general manager of the Chicago Board of Trade Building.

Flanking the 13-foot in diameter clock are two historic robed figures carved into the façade who represent the commodities traded on the Chicago Board of Trade options and futures exchanges. On the left is a Mesopotamian farmer holding a sheaf of wheat. On the right is a Native American holding an ear of corn.

Though always functional, the clock has not been lit in more than 40 years. Crews recently spent hours cleaning, painting and rewiring the vintage timekeeper to restore it to its natural beauty.

Added Mr. Giese, “It’s a rare opportunity to be part of the revitalization of such an iconic Chicago office building – we couldn’t be more pleased with the results thus far.”

The Chicago Board of Trade Building, one of the most recognizable office properties in the U.S., has undergone a major transformation in the last 36 months. The massive capital improvement campaign, led by GlenStar, revamped the property’s tenant roster while creating an amenity-rich office tower. Today the once “closed” property is one of the most sought after office locations in the city. 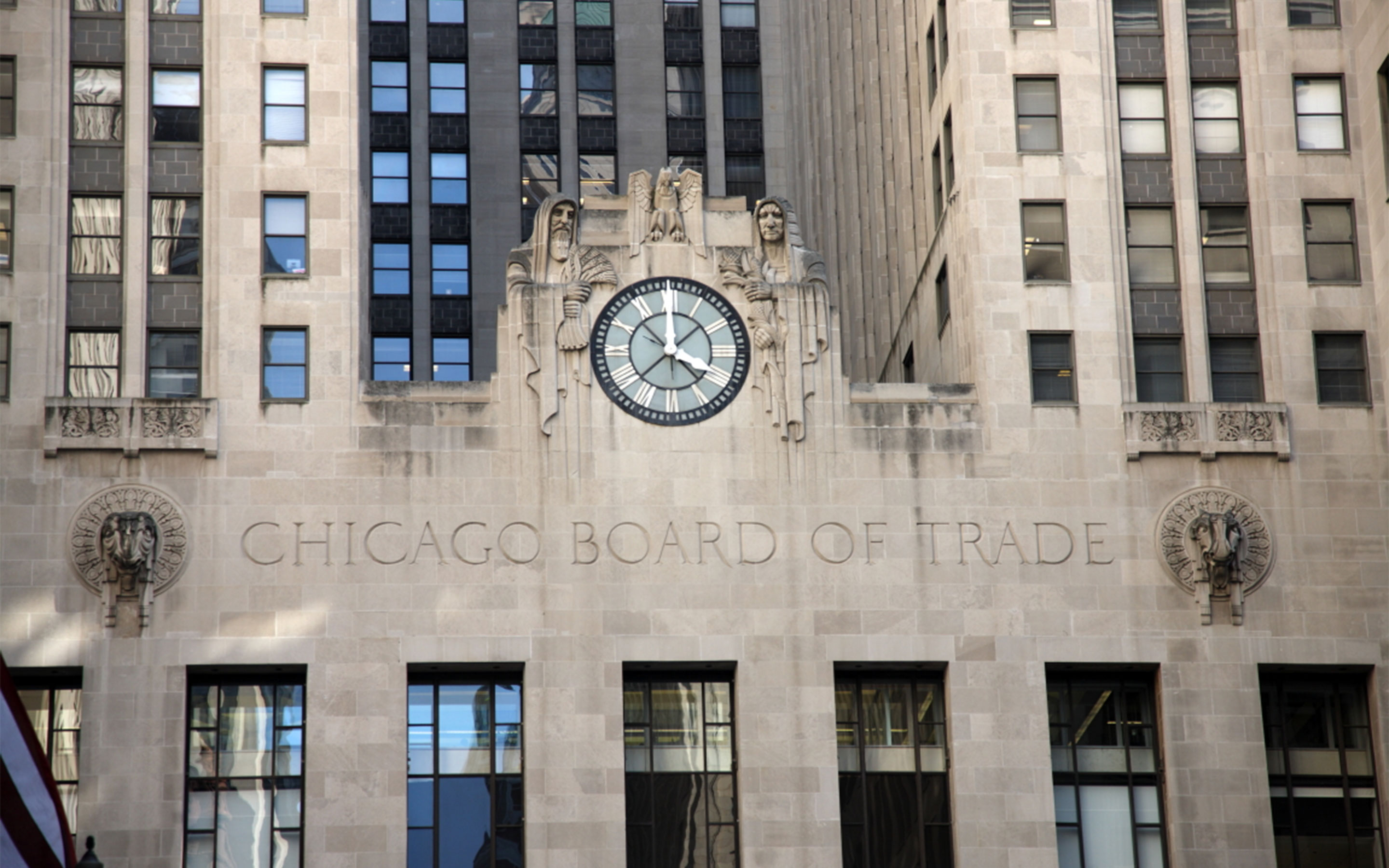